The Indiana University National HIV Conference welcomes several nationally recognized speakers and prominent HIV/AIDS researchers. All are on the President's Advisory Committee on HIV/AIDS. Among them: 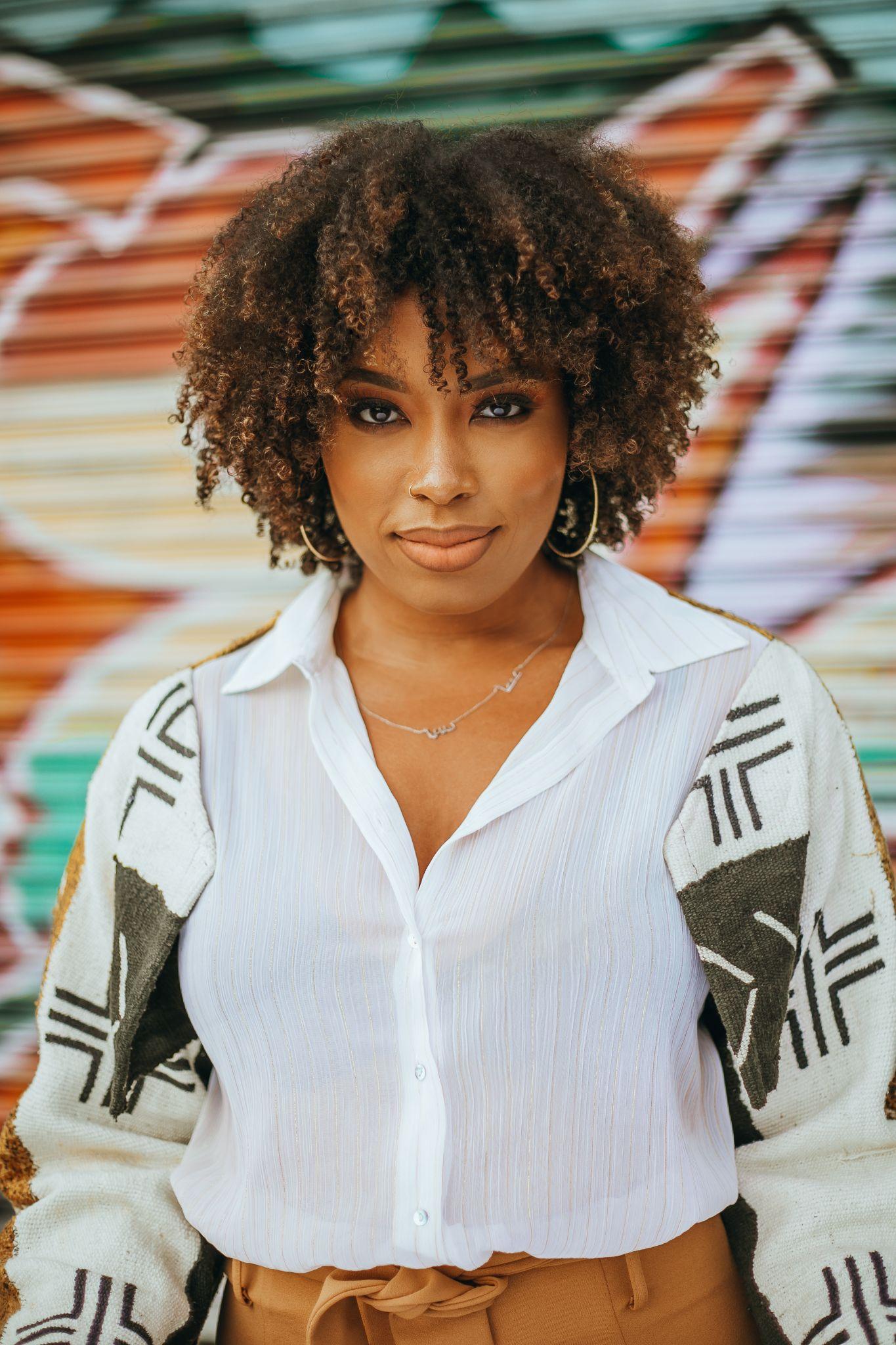 Mrs. Raniyah Copeland (she/her) is a seasoned public health and racial justice expert who has aligned her personal values and career path to elevating Black Americans towards liberation. She is a co-founder and principal of Equity & Impact Solutions, a consulting practice that provides strategic advising and support to companies and organizations to advance racial and gender equity.

Previously, Copeland led the nation's only HIV 'think and do tank' exclusively focused on ending the HIV epidemic in Black America. Under her leadership, the Black AIDS Institute (BAI) released “We The People: A BlackStrategy to End HIV,” driven by community input and adopted by HIV efforts across the country. In 2021, BAI is launching We The People's federal and community action plans to drive towards the end of HIV by communities most impacted by HIV. In addition, under Copeland's nearly three year CEO tenure at BAI, she led an unprecedented increase in organizational vitality, doubling revenue and ramping up staff nearly three-fold in under three years.

In 2008, Copeland worked her way up through the BAI's ranks, serving as the institution's Training and Capacity Building coordinator, manager, and director of programs, before taking charge as president and CEO in 2019. In her previous role as director of programs, she was the organization's chief HIV prevention and treatment expert. In that role, she managed all HIV programs, including BAI's Los Angeles-baseddirect HIV services and national programs like the Black Treatment Advocates Network(BTAN) and the African American HIV University (AAHU). As the CEO, Copeland secured the organization's largest funding source to re-launch AAHU's 2021-2022 curriculum, which will build Black HIV leaders in science and community mobilization.

Deeply committed to the Black community even before joining BAI, Copeland worked at Planned Parenthood in Pasadena as a health educator, promoting healthy sexual choices and conducting HIV and STI testing and counseling. She also provided comprehensive case management and transitional support to homeless clients while coordinating temporary placements of clients in her role as a crisis case manager. In addition, Copeland served as the executive director of the Black Recruitment and Retention Center, managing the joint effort between students and the University of California, Berkeley, increasing and retaining Black students in the UC System. She is also a co-founder of the Afrikan Black Coalition, a statewide organization for Black students, and a proud member of Delta Sigma Theta Sorority, Inc.

Appointed to the President’s Advisory Council on HIV/AIDS(PACHA) in 2021, Copeland serves along with the largest number of Black women in the council's history. She also serves on the LA County Division of HIV & STD Programs Ending the HIV Epidemic Steering Committee in Los Angeles, a priority jurisdiction for federal governments Ending the HIV Epidemic initiative. In 2019, she was named one of "The Root's 100 Most Influential African Americans."

Copeland lives in South LA with her two young children and husband. You can follow her on Twitter and LinkedIn. 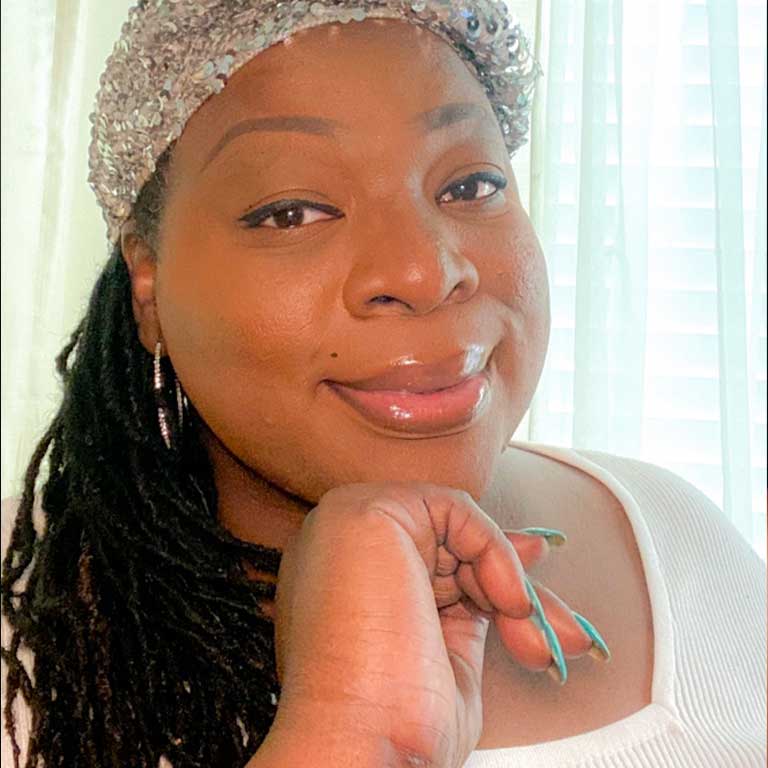 Ms. Tori Cooper (she, her, hers) is director of Community Engagement at the Human Rights Campaign. She is also the founder and executive director of Advocates for Better Care Atlanta, LLC (ABC Atlanta), a grassroots organization dedicated to education, empowerment, and opportunities for the trans community and people living with HIV.

Cooper is a proud HBCU alumnus focused on marginalized communities, earning a Bachelor of Arts in Human Services and a Master of Public of Health.

With over 30 years of HIV experience, from serving as a volunteer to becoming a capacity-building specialist to being a public speaker and published author, Cooper is a CDC subject matter expert (SME), a certified national trainer, and a facilitator. Cooper is co-author of the CDC's first and only intervention for transgender women living with HIV, TWIST, and has worked as a consultant for National Institutes of Health (NIH), Gilead Pharmaceuticals, ViiV Healthcare, GLAAD, AIDSUnited, NMAC, Centers for Disease Control, and a host of other nationally respected institutions.

Dedicated to increasing access and equity for all, Cooper is a gifted speaker and a passionate advocate with a witty and gregarious personality. She believes that with greater visibility comes greater responsibility. Her many years of advocacy include serving on the boards of SisterLove, Inc., the Fulton County Health Department, Clayton County HIV consortium, MAC Info, National Advisory Board for Transgender Law Center's Positively Trans, and others. In August 2021, she became the first Black transgender woman appointed to the President's Advisory Council on HIV/AIDS (PACHA). 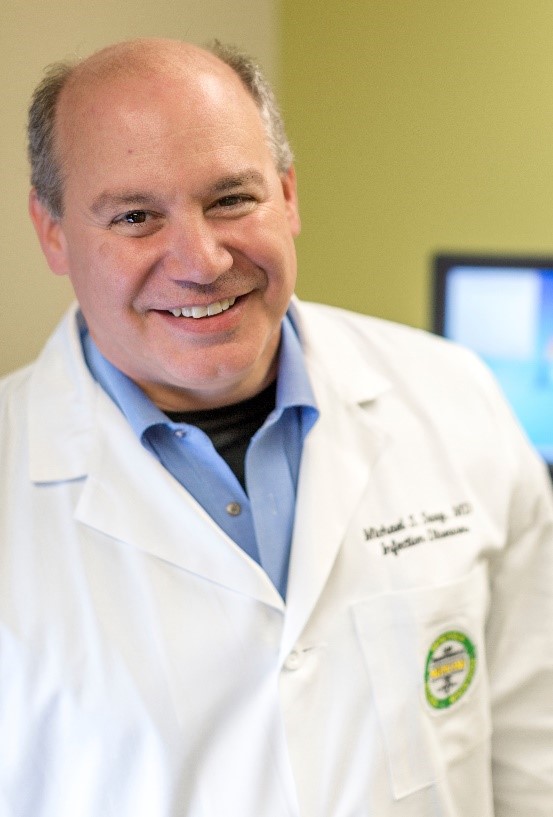 Dr. Michael Saag received a B.S. in chemistry with honors in 1977 from Tulane University, earned his medical degree with honors from the University of Louisville, and completed his residency and infectious disease and molecular virology fellowship training at the University of Alabama at Birmingham. During the last six months of his fellowship, Saag conceived the concept of a comprehensive HIV outpatient (1917) clinic dedicated to providing interdisciplinary patient care in conjunction with the conduct of high-quality clinical trials, translational science, and clinical outcomes research. Within the clinic structure, he established a clinical trials unit, a data management center, and a Clinical Specimen Repository designed to support the activities of the newly established Center for AIDS Research at UAB. In essence, the clinic became a "hub" for the clinical, basic science, and behavioral science investigators within the center by creating a dynamic interface between the patients and the investigators.

Saag has participated in many studies of antiretroviral therapy as well as novel treatments for opportunistic infections. He has published over 500 articles in peer-reviewed journals, including the first description of the use of viral load in clinical practice (Science, 1993), the first description of the rapid dynamics of viral replication (Nature, 1995), the first guidelines for the use of viral load in practice (Nature Medicine, 1996), and the first proof of concept of fusion inhibition as a therapeutic option (Nature Medicine, 1998). In addition, Saag directed the first in-patient studies of 7 of the 32 antiretroviral drugs currently on the market. He co-edited a textbook entitled AIDS Therapy (now in its 3rd edition) and currently serves as an editor of the Sanford Guide for Antimicrobial Agents and the Sanford HIV Guide.

Saag serves on the International AIDS Society-USA Board of Directors and chairs the IAS-USA Antiretroviral Therapy Guidelines panel. He is past-president of the HIV Medical Association, was a founding co-chair of the AASLD / IDSA Hepatitis C Guidelines Panel, and a past member of the HHS Guidelines Panel on Antiretroviral Therapy and the WHO Antiretroviral Therapy Guidelines panel. He is the incoming chair of the Board of Scientific Counselors of the NIAID at NIH. In 2014, he was the Castle-Connolly National Physician of the Year and an inductee into the Alabama Healthcare Hall of Fame. An accomplished teacher, Saag has been awarded Argus awards annually by the UAB medical students as Best Lecturer in the Patient, Doctor, and Society module. He recently published a memoir entitled "Positive: One doctor's encounters with death, life, and the US Healthcare system," now in its third printing.